Gamers aren’t usually linked with the sporting community but nearly as many people go to eSports events (over 12 million) as attend Premier League football matches (just under 14 million). I think there is an opportunity for sport to integrate live gaming competitions that will embrace the Millennial Generation. 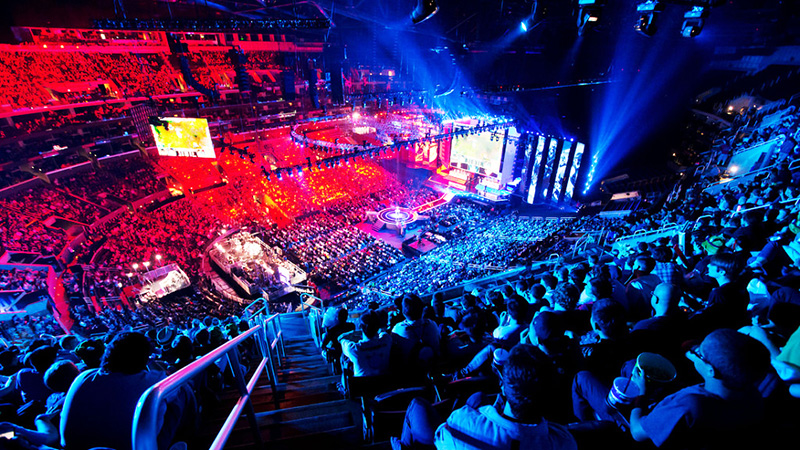 When I hear the word gaming it conjures up images of teenage boys hunched over a console in a darkened room. That was before I discovered eSports, live gaming events where attendance is growing exponentially. With 67% of gamers wanting to go to more events more often, this growth is set to continue.

This is a brave new world for sport’s administrators but gamers are looking for the same experiences that sports fans have enjoyed for centuries. They want to be part of a community, meet their heroes, enjoy an atmosphere and watch their favourite teams and players. Sound familiar?

Sport’s rights holders need a strategy to engage the millennial (18-34 year old) generation. 69% of this group (more than any other age group) can be persuaded to attend more sports events according to Mintel. In fact as this graph below shows, the older someone gets the less likely they are to change their sport viewing habits.

75% of gamers are in this age group and 54% of these also watch traditional sports. If sports clubs in particular want to position themselves at the centre of a community then they can’t ignore gamers. 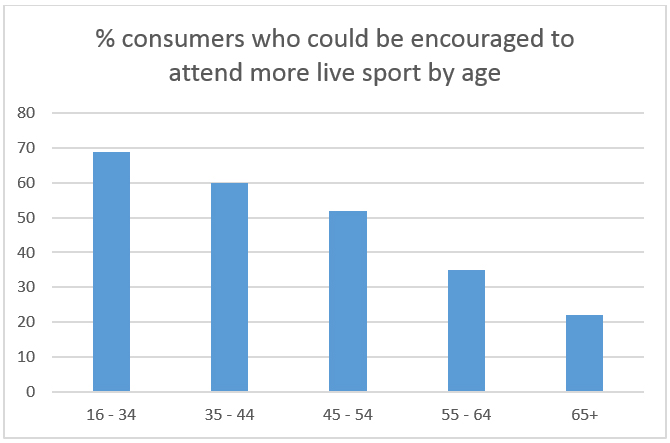 Take two of the largest communities in the UK. I would like to see football teams in each of these cities working together to create a new rivalry.

For example, Arsenal could create its own London based gaming team under the Gunners brand and play against a similarly constructed team from Manchester. The gamers could then play on the eve of an Arsenal vs. Manchester United match, juxtaposing the competitions to increase the reach of both events. Gamers would take an interest in how their team does on the football pitch and traditional United and Gunners fans would take interest in their gaming counterparts.

Benefits for the Teams

eSports is still relatively underdeveloped and the industry would benefit from having big sports brands like Arsenal involved.

For major sports teams, this is an opportunity to expand fanbases, create additional rights and generate new commercial opportunities. Ticketing is the most obvious income stream but there would also be new sponsorships, licensing deals and a whole host of digital rights. As the table below shows, when gamers attend an event, they like to buy more merchandise than the traditional sports fan: 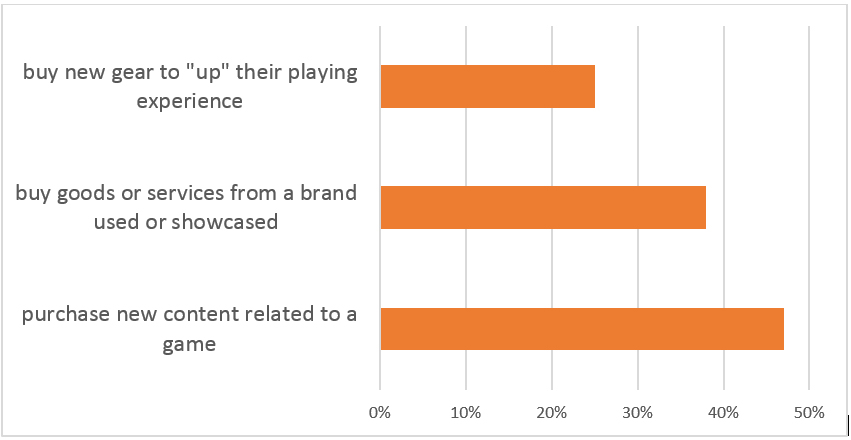 And why stop there? Perhaps the International Olympic Committee could include gaming as one of its sports? That may well irritate squash’s governing body which has spent over 20 years unsuccessfully campaigning to become part of the world’s biggest sports event. All the same, embracing the gaming community would certainly see an increase in Olympics followers. It would also put eSports on the map in a big way.

If so many gamers are interested in live sports then at the very least sports events should build interactive products to engage this audience. Generation Y want to be connected and entertained during a match. It is no longer enough to rely on the atmosphere of a football crowd – without developing additional engagement the in stadia experience will fall further behind TV.

This is a group that rights holders can’t ignore, they behave differently to traditional sports fans but are becoming increasingly important. Sport should take this opportunity to broaden its appeal.

If you want to be truly amazed by the world of eSports then watch the first 30 seconds of this video:

If you've read this far, it's only fair to share!

Email Archie if you would like to work together on a blog idea or if you have any sports industry thoughts.