67 million tickets are sold for spectator sports in the UK each year. This represents a huge opportunity for charities to involve the crowd in fundraising, much like charities at the London Marathon do. Crowd initiatives will create positive sentiments towards the sports club and improve the fan’s experience. It would also be a lot simpler than running 26.2 miles around London! 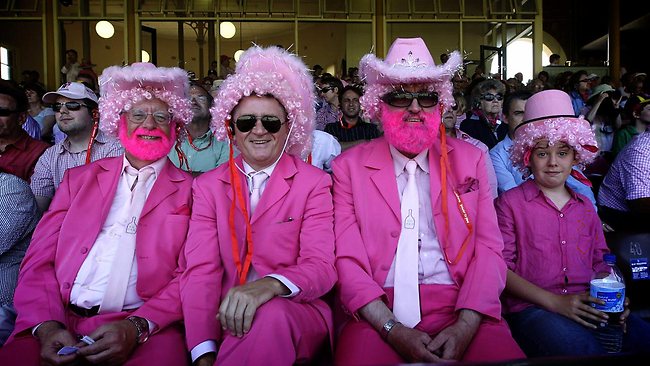 Aussie cricket fans get involved at the Jane McGrath fundraiser

Behavioural psychologists such as Carl Jung, Myers and Briggs have developed the idea that different personalities react well to different messaging.

A personality type with values linked to authenticity, community, ethics and morality has been proven to react better to more charitable messages. For sports clubs, this personality type could form up to 30% of their customer base so promoting charitable causes would increase ticket sales amongst this group.

Ethical Goods, a company that matches charities with businesses, produced a 400% uplift in sales for Harrogate Spa at the same time as raising over £1.6m+ for Pump Aid through a simple partnership promotion.

Benefits of marketing through charities

Charities are masters of managing databases to build support. Their relationships need to last a lifetime. For example, a supporter acquired through an event or direct debit relationship may go on to leave a legacy and learning those trends over many years is vital to a charities success.

Consequently charities have an engaged audience who will react well to sensibly targeted marketing coming from the charity. If a charity can promote tickets for the club and in turn raise more money then this seems like a fair exchange.

Some Ideas for Starters

The key to all these ideas is that the team, players or fans need to be involved in the fundraising process.

Continuing the hard work of clubs and player

Scepticism often surrounds the good work that clubs and players do for charitable causes, mainly due to the size of player wages. Sometimes this is justified but often not. There are multiple cases of clubs working in the community – there were 39,658 football player visits to charitable schemes in the 2013-14 season alone.

Involving the crowd goes a step further and would provide many commercial and PR benefits to both the clubs and associated charities.

If you've read this far, it's only fair to share!

Email Archie if you would like to work together on a blog idea or if you have any sports industry thoughts.